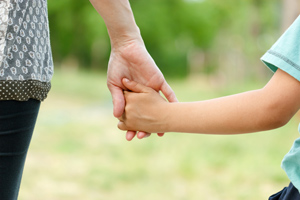 The spreading legal right to same-sex marriage has lagged in developing the necessary legal corollary: ways to get divorced. That becomes particularly problematic when the couples have children and enter same-sex custody battles, the Associated Press reports.

For example, same-sex couples can get an easy, uncontested divorce in states that recognize their marriages and have more relaxed residency requirements—California, Delaware, Hawaii, Illinois, Minnesota and Vermont, as well as the District of Columbia. But those jurisdictions aren’t up to speed on matters of custody, visitation, and support when it comes to same-sex parents.

Custody matters are even thornier for same-sex couples in states that don’t recognize their marriages.

“It’s all very challenging for people,” said Cathy Sakimura, family law director for the National Center for Lesbian Rights in San Francisco, to the AP. “If people have adopted, for instance, then they can just file a separate custody action in their state as an unmarried couple after they divorce, but for people who have not, they may find themselves in a situation where one parent is not going to be recognized. It can be a huge problem.”

The key is using second-parent or co-parent adoptions, which were developed for unmarried couples, whether same-sex or heterosexual, in which one person has biological ties to the child. But in a number of states laws are unclear on creating such legal relationships for the non-biological parent, who could be treated as a “legal stranger” with no legal standing in custody or visitation matters.

The varied and widely varying approaches among the states can lead to “portability problems” in same-sex custody battles, Miami family law specialist Elizabeth Schwartz told the AP. She added, “We need to make the legal bond about the bond of parent to child, not just parent to co-parent.”