'Scared to death' of snakes, clerk is not happy to discover them in courthouse filing system 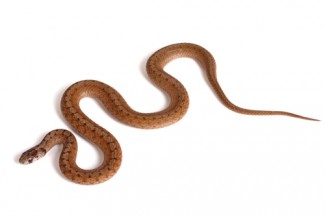 No matter how tight the security system is at a courthouse, it can be tough to keep out a snake.

That’s something Circuit Clerk Barbara Dunn and her employees know from personal experience—they have found five snakes in their office in the basement of the Hinds County, Miss., courthouse during the past two weeks, as warm spring weather increases the reptiles’ activity, according to the Associated Press and WAPT.

Most of the snakes were discovered in the filing system, where two were already dead on the tracks, the station reports.

“I am personally scared to death of a snake,” said Dunn, who admits that she is having trouble working in some of the most snake-prone areas of her office.

She’s not the only one taken aback—deputy clerk Kelly Phillips says she screamed “Snake!” the first time she saw one at the courthouse and fellow workers scattered, the AP article recounts.

The reptiles are brown DeKay’s snakes, also known as earth snakes, and are not poisonous, the AP notes. A former zookeeper was retained by courthouse officials to identify the snake and make recommendations.