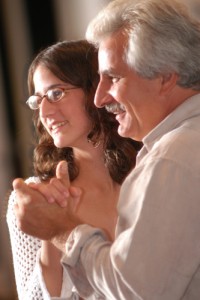 A school district in Cranston, R.I., has decided to ban father-daughter and mother-son activities because of fears they are illegal under gender discrimination law.

The superintendent of the school district in Cranston, R.I., acted after a single mom complained that her daughter was not able to attend a father-daughter dance, report the Providence Journal and 630WPRO.com. The American Civil Liberties Union wrote a letter to the school on behalf of the mother.

School Superintendent Judith Lundsten said the federal Title IX statute has an exemption for “father-son” and “mother-daughter” events, but state law does not, the Providence Journal said. Lundsten’s decision puts an end to the father-daughter dance and the mother-son baseball game, 630WPRO says.

A Republican candidate for state senate, Sean Gately, publicized the new policy and said he would work to change the state law. He posted a letter Lundsten wrote to “partner organizations” explaining her decision, according to 630WPRO.

The letter concludes that the bias laws apply to events organized by outside groups when they are facilitated by the school. “Please be all-inclusive when planning your events,” the letter advises.

The ACLU issued a statement in response to the controversy. “The school district recognized that in the 21st Century, public schools have no business fostering the notion that girls prefer to go to formal dances while boys prefer baseball games,” the statement said. “This type of gender stereotyping only perpetuates outdated notions of ‘girl’ and ‘boy’ activities and is contrary to federal law.”

Previous:
On Trial for Murder, Lawyer's Widow Says He Shot Himself to Death in His Law Office

Next:
Royal Family Wins Initial Round in Lawsuit Over Topless Photos of Sunbathing Duchess of Cambridge