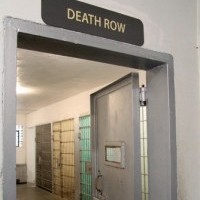 The U.S. Supreme Court has ruled in a summary disposition that a death-row inmate’s due-process rights were violated when the prosecution failed to turn over material evidence.

The Supreme Court ruled on behalf of Louisiana inmate Michael Wearry in a per curiam opinion (PDF) on Monday, leading two dissenters to argue that the court shouldn’t have ruled absent briefing and argument.

Scott had an ax to grind against Wearry and had hoped his testimony would help get him out of jail, according to undisclosed statements by two fellow inmates. Another witness, Eric Brown, had received an undisclosed deal to reduce his sentence in an unrelated case for his testimony that he had seen a man who looked like the murder victim with Wearry on the night of the murder.

Scott had changed his account throughout the course of five statements. At first he said Wearry had confessed to shooting and running over the victim, though the victim suffered no gunshot wound. His final story was that he was with Wearry on the night in question. Scott told jurors that Wearry targeted the murder victim for robbery, drove around with the victim in his car while intermittently beating the victim, and then ran over the murder victim.

Also undisclosed were medical records of a supposed accomplice. Scott had said the accomplice ran into the street to flag down the murder victim before shoving the victim into the cargo area of Wearry’s car and crawling into the cargo space with the victim. The accomplice had knee surgery nine days before the incident, and one expert witness said he could not have performed such physical acts.

Wearry had claimed he was at a wedding reception 40 miles from the murder scene on the night in question, an account corroborated by his girlfriend, his sister and his aunt. The state had argued the reception ended in time for Wearry to have committed the murder.

The murder victim, Eric Walber, was a 16-year-old pizza delivery driver who was killed near Baton Rouge, the Associated Press reports.

The Supreme Court said a new trial is required. “Beyond doubt, the newly revealed evidence suffices to undermine confidence in Wearry’s conviction,” the court said in its per curiam opinion. “The state’s trial evidence resembles a house of cards, built on the jury crediting Scott’s account rather than Wearry’s alibi.”

Justice Samuel A. Alito Jr. argued in a dissent that the per curiam opinion “ably makes the case for reversal” but the issue “is not open and shut” and the case should have been subjected to briefing and argument.

“Of course, this process means extra work for the court,” Alito wrote in his dissent, which was joined by Justice Clarence Thomas. “But it leads to better results, and it gives the losing side the satisfaction of knowing that at least its arguments have been fully heard.”