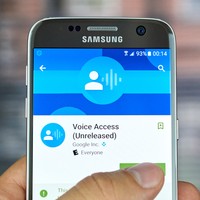 The U.S. Supreme Court has overturned a $399 million award to Apple for Samsung’s infringement of three smartphone design components because of an error in interpreting the damages statute.

In a unanimous decision (PDF) for Samsung by Justice Sonia Sotomayor, the Supreme Court said the U.S. Court of Appeals for the Federal Circuit misread the statute on the calculation of damages.

The appeals court said damages must be based on all of Samsung’s profits for the entire product, rather than those attributable to the design components. That reading is too narrow, the Supreme Court concluded.

Apple had obtained the damages for infringement of three design patents for the iPhone: its black rectangular front face with rounded corners, the surrounding rim, and the use of 16 colorful icons on a black screen.

The applicable statute requires identification of the “article of manufacture” using the infringing design, and then the calculation of total profit made on that item of manufacture.

The term “article of manufacture” can encompass both a product sold to a consumer, and a component of the product, the Supreme Court concluded. “That a component may be integrated into a larger product, in other words, does not put it outside the category of articles of manufacture,” Sotomayor wrote.

Citing inadequate briefing on the issue, the Supreme Court declined to decide whether the relevant articles of manufacture in the Apple case were the design components or the smartphone.