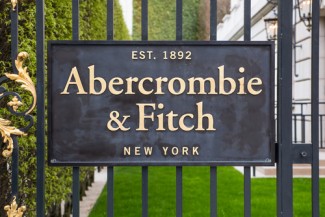 A Muslim teen turned down for a job at Abercrombie & Fitch because of her hijab didn’t have to show the clothes store had actual knowledge of her need for religious accommodation, the U.S. Supreme Court has ruled in an 8-1 decision.

Instead, a job applicant claiming disparate treatment need only show that the need for accommodation was “a motivating factor” in the employer’s hiring decision, according to the majority opinion (PDF) by Justice Antonin Scalia.

The court ruled in the case of Samantha Elauf, a Muslim who wore a head scarf to her interview but didn’t explicitly inform the company that she wore it for religious reasons. The hijab was inconsistent with Abercrombie’s collegiate-style dress code. (The company has since changed its dress code to allow religious attire.)

The Supreme Court decision interpreted Title VII of the Civil Rights Act, which bars employers from refusing to hire a job applicant because of a religious practice that can be accommodated without undue hardship. Some discrimination laws impose a knowledge requirement, but the religious accommodation provision does not, Scalia said.

“An employer who acts with the motive of avoiding accommodation may violate Title VII even if he has no more than an unsubstantiated suspicion that accommodation would be needed,” he wrote.

Scalia also disagreed with Abercrombie’s claim that there was no intentional discrimination because its neutral clothing policy treated religious practices no worse than secular practices. “Title VII does not demand mere neutrality with regard to religious practices,” Scalia said. “Rather, it gives them favored treatment.”

Justice Samuel A. Alito Jr. concurred in part and dissented in part. A dissent by Justice Clarence Thomas argued that mere application of the neutral dress policy doesn’t amount to intentional discrimination.

ABAJournal.com: “Abercrombie’s refusal to hire teen with hijab to be reviewed by SCOTUS”