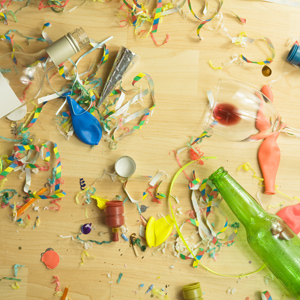 The U.S. Supreme Court on Thursday agreed to consider liability for police arrests of party goers who said they had been invited to an apparently vacant home by a woman named “Peaches” or “Tasty.”

The court will consider two issues: whether police had probable cause to make the trespassing arrests and, if they didn’t, whether police were entitled to qualified immunity in a suit by 16 of the arrested party goers. The Washington Post, SCOTUSblog and the Associated Press covered the cert grant.

According to the cert petition (PDF), police were called to the home by a neighbor who complained about a loud party there and said the home had been vacant for several months. When police arrived, they knocked and entered. Once inside, police smelled marijuana and discovered women dressed in bras and thongs with money hanging from their garter belts. The house was in disarray, and was essentially unfurnished.

There were 21 people inside the home, and several said they had been invited by a woman named “Peaches” or “Tasty.” When officers contacted “Peaches” by phone, she eventually admitted she had told partiers they could use the home. Police also spoke with the home owner, who confirmed that no one, including Peaches, had permission to be there.

All the party goers were arrested for trespassing, but prosecutors did not pursue charges. Ruling in the suit by 16 party goers, a trial court said there was no evidence the party goers knew or should have known they were in the home without the owner’s permission, a mental state required for the offense under Washington, D.C., law. The plaintiffs were awarded $680,000 plus attorney fees, bringing the total award to nearly $1 million. A federal appeals court affirmed.

The case is District of Columbia v. Wesby.