Screenwriter's Inspiration for 'My Cousin Vinny': What If Your Lawyer Failed the Bar Five Times? 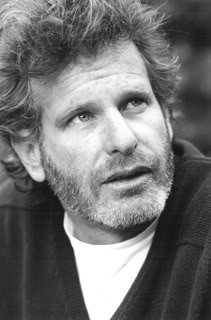 Editor’s note: Twenty years ago, the film My Cousin Vinny—a film in the ABA Journal’s 25 Greatest Legal Movies—premiered in theaters. Abnormal Use, a blog authored by lawyers at South Carolina’s Gallivan, White & Boyd, is devoting posts this week to this anniversary. Below is an excerpt from GWB associate Nick Farr’s interview with Vinny’s co-producer and screenwriter, Dale Launer.

Nick Farr: Looking back 20 years, what are your thoughts on My Cousin Vinny and how it has been received as a courtroom or a legal drama?

Dale Launer: You know, it’s interesting how the story was conceived. It was actually one of the first stories I ever had. It was conceived back in the early 70s. I had a vague idea of what the story was. … In the very early 70s, I met a guy who had taken the bar and was waiting the bar exam results. So I asked him, “What happens if you don’t pass?”

I said, “Well, what happens if you don’t pass then?”

“You take it again.”

“Well, how many times can you take it?”

He said, “You can take it as many times as you want.”

“What’s the most someone has taken it?”

You can see this is a little like a third degree, like a cross examination. So I said, “How many times can you take it, fail and then eventually—no what’s the most times somebody has taken and failed and finally passed?” He said, “Thirteen times.” was surprised at how many law students seem to know that number, you know. That, by the way, since has been superseded in California, it was doubled. It took some guy 26 attempts to pass. And I believe there is now a limit, interestingly enough. But I always thought that guy who took thirteen times to pass the bar, or girl, is probably out there practicing law in some capacity. Now, how would you feel if suddenly you learned that guy is your lawyer? And then I stepped it up and made it a little funnier. What if you have been accused of a crime and clearly, you have what appears to be the worst lawyer in the country? And then even funnier yet, then I set it up, what if you’re driving through the deep south [and] you’re arrested in a small town for a murder you did not commit? … You know, what’s odd is I thought the movie would be embraced by the car guys because that movie gets in some real automotive details. It wasn’t picked up by any of the car magazines. But the legal community absolutely seemed to have picked up and embraced the movie, so it’s very exciting to me. For me, one of the most exciting things in my career was when the American Bar Association’s monthly journal came out a couple of years ago with an issue that said 25 greatest legal movies—then they had 25 runners-up. And Vinny came in No. 3, which was like getting the Oscar. In some ways, better.

NF: Vinny failed the bar exam five times before finally getting it right on his sixth attempt. What does does the film say about the difficulty of the bar exam?

DL: Actually, I’m going to have to tell you. This is a little interesting inside information on the movie. And I’m going to say things that may be a little critical of the director and you are welcome to print this. What happened was, I did not want to make Vinny a dumb guy. … Vinny was supposed to be originally a bag man for the mob. He was supposed to be a big tough guy who seemed a little dopey, but he’s not dopey. He seems to have an intrinsic intelligence. Occasionally in my life, I’ve met people like this who acted a little dopey, but they were smart people. They seemed to go out of their way to act a little dopey, but they’re actually fairly bright people. … Does that make sense?

NF: Judge Chamberlain Haller, played by Fred Gwynne, was a very dynamic character, which is atypical of how judges are traditionally portrayed on film. How did you write for a judge?

DL: A lot of it had to do with again talking to my friend Doug, who is a litigator, is now an assistant attorney general, deputy or assistant, deputy attorney general in California. In asking him questions about what would happen here, he says, “Well, it depends on the judge. A judge can do this, and a judge can do that. So knowing what a judge can do could allows me to kind of manipulate the case to go in a certain direction.” Now, there is one scene in there which infuriated me. It was the scene the director put in there, and to his shame, as far as I’m concerned, I think he was either a solicitor or a barrister at one time. So it was something where Vinny has an objection, he speaks in a way in a wording that Vinny would not use—“the veracity of this witness,” blah, blah, blah or something like that. But the judge said that’s a lucid well thought out argument—denied. Or overruled. And I’m thinking like, “Whoa.” … It was very important to me that this movie had no clear delineated antagonist, and if you look at it, it doesn’t. Except perhaps that one scene. The judge seems as though he’s the bad guy. The judge shouldn’t have been the bad guy. In that scene, he’s the bad guy, and that throws the movie off for me just a little bit. There was no reason for that. It’s not necessary for the judge to be a jerk. The reality of it is information is stacked up in a way where it looks to the prosecutor that these guys did it. And that happens. There are cases where the prosecutor somewhere along the way realizes, “Wait a second, this is wrong.” And that to me—I liked that part of the movie. I liked the fact that Vinny is battling something. If there’s an antagonist in the movie, it’s the truth. And Vinny doesn’t know exactly what it is. And it doesn’t reveal itself until towards the end of the movie.

Read this interview in its entirety at Abnormal Use. Excerpt posted with permission.