Seattle sues over threat to withhold funds from 'sanctuary cities' 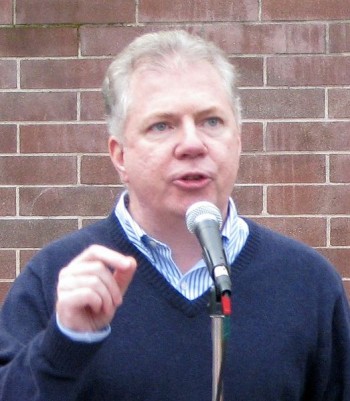 The city of Seattle has sued President Donald Trump and Attorney General Jeff Sessions over their threat to withhold grants to “sanctuary cities.”

The federal lawsuit (PDF) argues violation of the Tenth Amendment’s reservation of powers to the states and the Constitution’s spending clause, the Seattle Times reports. The suit also seeks a declaration that the city is complying with federal law.

Seattle argues the 10th Amendment bars the federal government from enforcing federal programs, and the spending clause bars the government from withholding funds that are not germane to the program at issue.

President Trump signed an executive order in January calling for the Justice Department to withhold federal grants from cities that fail to comply with a federal law requiring local law enforcement to share immigration information with the federal government. Sessions warned Monday that he would be taking action.

The city argues it has standing to sue, though it has not been specifically targeted, because the executive order had created uncertainty and made it difficult to formulate a city budget. The suit argued that past statements by Trump suggest Seattle will be treated as a sanctuary jurisdiction, the Washington Post reports.

During the campaign, the suit says, Trump referred to a 2007 Seattle homicide while referring to his dislike for sanctuary cities. He also told an interviewer from a Seattle radio station who asked about the city’s sanctuary city policy that “sanctuary cities are over.”

One Supreme Court decision cited in the case is National Federation of Independent Business v. Sebelius. The decision upheld Congress’ authority to impose an insurance mandate in the Obama administration’s health care law. Seattle cites another aspect of the Supreme Court decision holding that the federal government could not withdraw existing Medicaid funds from states that refuse to go along with the expansion requirements.

Only three justices endorsed the idea that Medicaid funds could not be withdrawn, but the view prevailed because four dissenting justices would have struck down the law in its entirety for exceeding federal limits on federal power.

The city of San Francisco has also sued over the executive order.