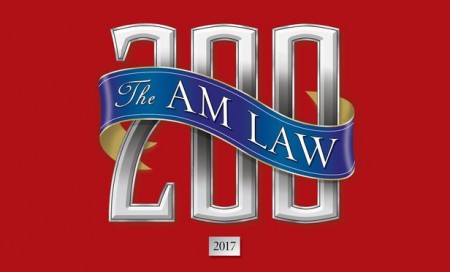 The American Lawyer (sub. req.) describes the financial results for the second hundred as “flat-lining.” The publication found that the closer law firms were to the middle of the 1-to-200 rankings, the less they were able to grow their gross revenue, on average.

One expert interviewed by the publication, Janet Stanton of Adam Smith Esq., said there are some winners and several more losers among the second hundred. Some of the firms in the middle could face extinction, she said.

Experts interviewed by the American Lawyer cited client pressure on rates and fees for law firms in this segment. Some law firms have priced their services low just to get work, they said.

Kent Zimmermann, a law firm consultant at The Zeughauser Group, said overcapacity is also a problem. There are too many lawyers and not enough work to go around, particularly in the ranks of nonequity partners, he told the American Lawyer.

The experts recommended that law firms differentiate themselves so they become known as experts in particular practice areas. One example is Lewis Roca Rothgerber Christie, which reported a nearly 28 percent increase in revenues in 2016.

Lewis Roca adopted a strategic plan that focuses on representing religious institutions and gaming industry companies, and also beefed up its patent practice. The firm also uses a financial performance tool to evaluate new assignments and pricing, according to managing partner Kenneth Van, who spoke with the American Lawyer.