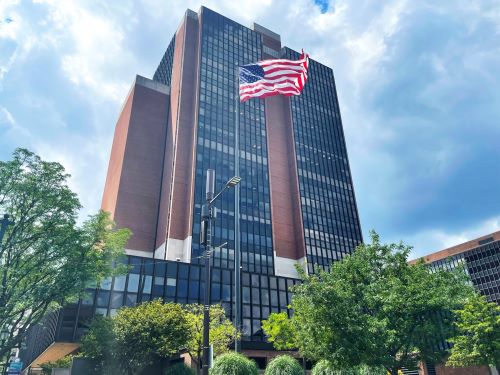 The James A. Byrne U.S. Courthouse in Philadelphia. Photo from the U.S. General Services Administration website.

A security officer shot and wounded a man who approached him with sharp objects outside the federal courthouse in Philadelphia on Tuesday.

The man was armed with “multiple edged weapons” outside the James A. Byrne U.S. Courthouse, according to Robert Clark, a spokesman for the U.S. Marshals.

The man had parked his Dodge minivan illegally. After the man emerged from the car, he ignored repeated warnings to drop his weapons and continued to approach the security officer, Clark said. The security officer shot the man multiple times.

The man was taken to a hospital and underwent surgery. He was in critical condition, according to Clark’s comments to reporters Jan. 17.