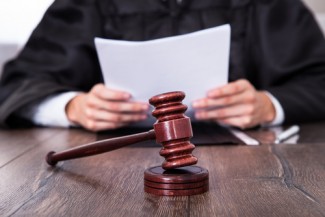 Some of the judges hearing challenges to President Trump’s temporary travel ban have reportedly been assigned increased security because of threats they received.

Anonymous law enforcement officials told CNN that extra security was being provided by the U.S. Marshals Service and local police.

A Marshals Service spokesperson who was contacted by CNN declined to comment on the reported threats. While “we do not discuss our specific security measures, we continuously review the security measures in place for all federal judges and take appropriate steps to provide additional protection when it is warranted,” the spokesperson said.

Leonard Leo, who has advised Trump on the U.S. Supreme Court, told CNN it would be “a huge stretch” to assume that President Trump’s criticism of the judiciary is tied to any threats. The president “is not threatening a judge, and he’s not encouraging any form of lawlessness,” Leo said.

Trump criticized the Seattle federal judge who issued a nationwide restraining order blocking the president’s temporary ban on refugees and immigrants from seven majority-Muslim nations. Trump referred to the judge as a “so-called judge” and tweeted, “Just cannot believe a judge would put our country in such peril. If something happens blame him and court system. People pouring in. Bad!”

The San Francisco-based 9th U.S. Circuit Court of Appeals kept the temporary restraining order in place in a decision on Thursday. Trump’s Twitter reaction: “SEE YOU IN COURT, THE SECURITY OF OUR NATION IS AT STAKE!”