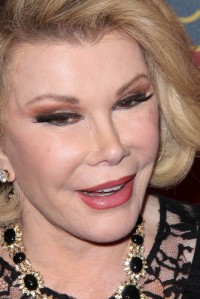 A “substantial” settlement in an undisclosed amount has been reached in a lawsuit over the death of Joan Rivers, who died as a result of a medical procedure at an outpatient surgery center in New York City in 2014

However, Melissa Rivers, the 81-year-old comedian’s daughter, and her lawyers say the case is about more than money and they are working to promote state legislation that would impose the same minimum safety standards on outpatient surgical centers that currently apply to hospitals, the New York Times (reg. req.) reports.

“Profit cannot be placed above patient safety,” said Ben Rubinowitz, one of the plaintiff’s attorneys in the medical malpractice case.

A spokesman for the surgical center, Yorkville Endoscopy, said: “The parties agreed to settle this case to avoid protracted litigation. We remain committed to providing quality, compassionate health care services.”

An ear, nose and throat specialist, multiple anesthesiologists and the center’s then-medical director were also named as defendants.

The suit said a series of mistakes led to the oxygen deprivation that left Rivers with brain damage from which she never recovered, according to the Times, the Associated Press and the Hollywood Reporter.

They allegedly included mishandling the scheduled endoscopy on Rivers, performing a laryngoscopy on her swollen vocal cords without consent, ignoring an anesthesiologist’s concern that the procedure could interfere with Rivers’ ability to breathe, failing to use a drug from a crash cart to try to relax her throat muscles and insert a breathing tube after her throat closed and failing to have a doctor on hand who could perform an emergency procedure to cut an airway into her throat.

Melissa Rivers said she can now “put the legal aspects of my mother’s death behind me and ensure that those culpable for her death have accepted responsibility for their actions quickly and without equivocation.”