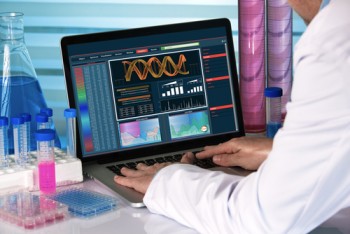 Houston officials have known about a rape kit testing backlog for years but did not address the problem, according to a federal civil rights lawsuit filed this week.

Current and former mayors and police chiefs from Houston are named as defendants, the Houston Chronicle reports. The action (PDF) is seeking class-action status.

Plaintiff DeJenay Beckwith was sexually assaulted in 2011 and a rape kit was taken, according to the article. It wasn’t tested until five years later and DNA evidence linked to David Lee Cooper was found.

Law enforcement had multiple untested rape kits from other people Cooper raped prior to Beckwith, her attorney, Randall Kallinen, told the Houston Press.

In 2016, Cooper pleaded guilty to sexual assault in another case involving a minor and that occurred in 2002, according to the Chronicle article. His DNA had been on file in a system managed by the FBI since 1991.

In 2015, the Houston district attorney’s office completed testing on a three-decade backlog of 6,600 sexual assault kits. That led to new charges against 29 suspects, six of whom were accused of committing other rapes before the kits were tested. Two years earlier, the Houston city council approved $4.4 million in funding for the work, which was performed by private labs.

In Washington state, the cost of processing a rape kit is between $600 and $3,000, an August editorial by the (Tacoma) News Tribune notes while urging the state to process thousands of untested kits.

There’s a similar number of untested rape kits in Wisconsin, USA Today reported in September, and more than 2,400 of them involved child sexual assault allegations. In Iowa, there’s a backlog of more than 4,000 rape kits, some of which date back to the 1990s, the Des Moines Register reported earlier this month.