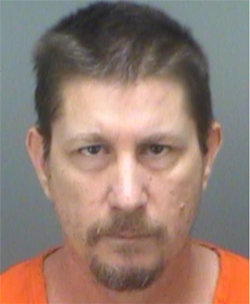 Prosecutors have charged the shooter in a fatal parking lot dispute despite a Florida sheriff’s determination that the man was protected by the state’s stand-your-ground law.

Michael Drejka, 48, was arrested and charged with manslaughter for the July 19 incident outside a convenience store in Clearwater, report the Tampa Bay Times, the Sun Sentinel and News Channel 8.

State Attorney Bernie McCabe made the decision to charge Drejka even though Florida law puts the burden on prosecutors to disprove a stand-your-ground claim.

Sheriff Bob Gualtieri of Pinellas County had announced on July 20 that Drejka wasn’t charged because he was in fear after “a violent push to the ground” by the man he shot, Markeis McGlockton.

The dispute began after McGlockton’s girlfriend, Britany Jacobs, had pulled the car into a handicapped parking spot and McGlockton went inside for snacks. Drejka looked at the car, and when he didn’t see a handicapped decal began to lecture Jacobs.

Jacobs said McGlockton came out of the store after a witness said someone was in the parking lot messing with a woman in the car. McGlockton shoved Drejka to the ground. Drejka then took out his handgun and shot and killed McGlockton.

Florida’s law removes the duty to retreat when a person feels threatened, and permits the use of deadly force if the person reasonably believes it is necessary to prevent imminent death or great bodily harm.

A change to the law last year requires prosecutors to have the burden of proof in in pretrial stand-your-ground hearings.

Gualtieri said in a press release announcing the charge that he supports the state attorney’s decision.

A lawyer for the McGlockton family, Benjamin Crump, said in a statement that he firmly stands behind the decision by prosecutors. “This self-appointed wannabe cop attempted to hide behind ‘Stand Your Ground’ to defend his indefensible actions, but the truth has finally cut through the noise,” Crump said of Drejka.