Should drunken-driving limit be lowered to .05? Researcher uses simulator to gather data 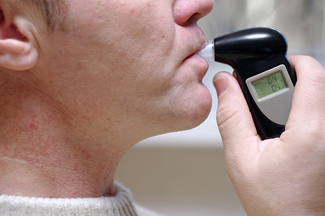 A University of Iowa researcher is using a driving simulator and test subjects willing to guzzle some alcoholic drinks to test how a .05 blood alcohol level affects driving ability.

Timothy Brown of the National Advanced Driving Simulator will review test results from 2008, and hopes to have a preliminary report in October, the Chicago Tribune reports. His findings are likely to inform the debate over a proposal to lower the blood-alcohol limit for drivers from .08 to .05.

The National Transportation Safety Board recommended the lower limit in May, saying the tougher standard would save 500 to 800 lives a year.

Mothers Against Drunk Driving isn’t supporting the measure, though it recommends that no one drive after drinking. The group is focusing its efforts on requiring DUI offenders to use ignition interlocks that require a breath test for the car to run.

J.T. Griffin, the senior vice president of public policy for MADD, told the Tribune that getting the limit lowered to 0.08 “was such a tough battle to fight. We sort of established it as the across-the-board level.” Research shows that everyone is seriously impaired at .08, Griffin said, while impairment below that level is a little less definite.

Brown acknowledged a .05 level diminishes driving performance, but he wouldn’t tell the Tribune whether he guessed it to be a serious impairment. “I’m a researcher and the data drives me,” he said.