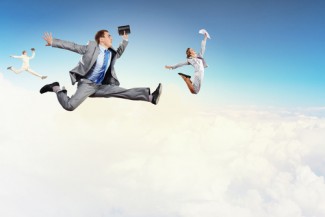 The employment rate for law graduates increased for the first time since 2007, thanks partly to a smaller number of law grads.

The employment rate for the class of 2014 was 86.7 percent, up from 84.5 percent last year, according to a press release by the National Association for Law Placement. But the actual number of jobs held by law grads declined by 1,200 jobs, a 3 percent drop from 2013. The employment rate was higher because the number of law grads in the class of 2014 had shrunk by about 3,000 people. More information is available here (PDF).

NALP notes a second reason for the better employment rate. For the first time, the job numbers were measured in March, rather than February, following a similar change by the ABA.

The percentage of graduates who found jobs that were full-time, long-term, and requiring bar passage increased 3 percentage points, to 62 percent.

NALP executive director James Leipold commented in the press release. “It is clear that the shrinking class size did indeed have a positive impact on the overall employment rate, and that is a dynamic that will likely continue to be in play for the next three graduating classes, each of which is projected to continue to come down in size in fairly dramatic steps,” he said.

Some have predicted there won’t be enough law grads for entry-level jobs for the class of 2017, which will be about 30 percent smaller than the class of 2013, Leipold said. However, efficiencies created by technology and competition from nontraditional legal service providers could continue to “put downward pressure on overall law firm lawyer headcount in the coming years and even decades,” Leipold said.