Single-payer health initiative goes down in defeat in Colorado 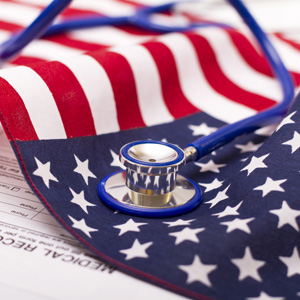 Voters in Colorado overwhelmingly rejected a proposed law that would have established a single-payer health care system in the state.

On Tuesday, the proposed Amendment 69, or “ColoradoCare,” lost in a landslide at the polls. According to The Denver Post, nearly 80 percent of voters voted against the measure. The proposed law would have gotten rid of most private insurance in the state in favor of a public health co-op funded through a 10 percent payroll tax. According to the Denver Post, the Amendment’s defeat was comprehensive—even the relatively liberal city of Denver voted it down by a two-to-one margin, based on early returns.

The initiative was controversial from the start and engendered opposition from the business community, health insurance companies and politicians from both sides of the aisle, including state governor John Hickenlooper, a Democrat. The co-op’s budget, which stood at a proposed $36 billion, would have made it the largest agency in Colorado and would have more than doubled the state’s budget. “We’re grateful to the people of Colorado for carefully considering Amendment 69 and voting overwhelmingly against a measure that was clearly risky, untested, and fiscally irresponsible,” Kelly Brough, president and CEO of the Denver Metro Chamber of Commerce and chair of opposition group Coloradans for Coloradans, said in a statement to the Denver Post.

Meanwhile, supporters of ColoradoCare vowed that they would try again. “We learned a lot,” said author T.R. Reid to the Denver Post. “And we’ll definitely be better next time.”