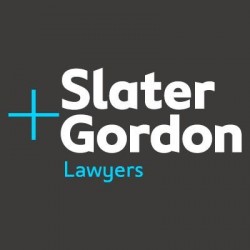 Financially struggling Slater & Gordon, the world’s first publicly traded law firm, has boosted its chances of survival by making a deal with lenders to extend some $640 million in debt, in U.S. dollars.

Under the agreement, the Australia-based international personal injury law firm must pay lenders an addiitional fee but won’t have to repay the money it owes until 2018 and 2019, according to the Financial Times (sub. req.) and the Sydney Morning Herald.

However, another provision of the deal—that dividends will not be paid to the law firm’s shareholders—could fuel a class action against the law firm, according to the Herald Sun.

The Australian Financial Review (sub. req.) also has a story.

The pact with lenders doesn’t eliminate Slater & Gordon’s financial problems, after losing nearly $2 billion in market capitalization, in Australian dollars, over the last 12 months. However, it does provide much-needed breathing space, analysts said.

“We are confident that the amendments we have entered into today with our lending group provide us with the flexibility and time to execute and continue our performance improvement program,” said Slater & Gordon managing director Andrew Grech in a written statement Sunday.

After the announcement of the deal, the firm’s share price surged at one point to 67 cents, in Australian currency, more than double its Friday closing price of 29.5 cents.

ABAJournal.com: “Slater and Gordon could be on the brink after reporting huge losses in the second half of 2015”

ABAJournal.com: “As its stock hovers near a record low, Slater & Gordon GC resigns after two months”