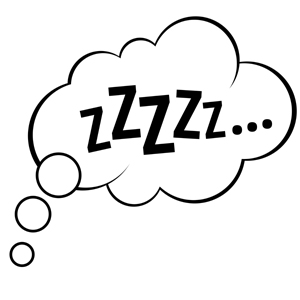 A juror who acknowledged during jury selection that he liked to sleep in his spare time was one of two jurors dismissed from federal trials in recent weeks because they were snoozing during testimony.

Sleepy jurors aren’t unusual, but the problem could be getting worse because of shorter attention spans in the era of smartphones, jury consultants tell the Wall Street Journal (sub. req.).

One strategy that could help jurors stay awake is to allow them to take notes, according to Cornell law professor Valerie Hans.

Veteran attorneys employ other strategies. They may ask for a break before an important witness testifies, call a witness testifying about a boring subject in the morning rather than the afternoon, and talk loudly while standing next to the jury box.

Some judges take another tack: They make eye contact with an awake juror next to the sleeping one, and motion the juror to awaken the sleeping person.

Former federal prosecutor Steven Feldman of Murphy & McGonigle tells the Wall Street Journal how he deals with the issue. “When you really need the judge, you say ‘objection’ really loudly, so the judge comes awake,” he said.