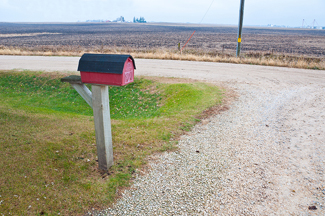 The Iowa State Bar Association is working with three law schools to offer summer clerkships in small towns this year, but it has encountered some difficulties.

The bar wrote to 110 small-town lawyers who were nearing or past retirement, with no one to replace them, the National Law Journal reports. Only a few expressed interest in hiring summer associates.

There are seven clerkships available for the summer. More students would have liked to participate, according to Philip Garland, co-chair of the bar’s rural practice committee. He explained why lawyers may have been reluctant to hire the students in an interview with the NLJ.

Some of the lawyers had hired associates in the past, but rather than sticking around, the young lawyers moved on to make more money in larger cities. Garland surmises that the young lawyers wanted a bigger paycheck to pay off student debt. Also, the lawyers may have spurned small towns because their spouses have trouble finding jobs there.

Garland is doing his part. He is hiring a 1L this summer to help in his law office in Garner, which has a population of about 3,000. He hopes to expand next year’s clerkship program. “We want to keep people in small towns,” he told the NLJ. “We want legal services to be accessible, and lawyers do a lot for the community.”