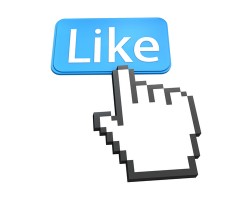 A social media maven credited with getting The Game back on cable television and helping the program about the lives of football players premiere in front of 7.7 million viewers on Black Entertainment Television in January 2011 has added an unusual claim to a federal lawsuit she filed in Florida.

Plaintiff Stacey Mattocks, who also works as an insurance agent, says BET stole 6.78 million Facebook “likes” from a page she created about the show, by tortiously interfering with her relationship with Facebook and insisting that the likes be transferred to the official page for the program, according to the Hollywood Reporter.

In a Tuesday filing, BET offered a different perspective:

“The conversion claim fails at the outset because a ‘Like’ is not personal property in which Plaintiff has any possessory interest. As the Facebook page itself makes clear, a Facebook user who bestows a ‘Like’ upon a piece of content or a Page on Facebook remains in control of the ‘Like’ at all times and is free to ‘Unlike’ the Page or content as the user sees fit… To the extent a ‘Like’ is anyone’s ‘property’ it belongs to the Facebook user,” BET contends.

As an earlier Hollywood Reporter article details, Mattocks initially alleged in the suit that BET resorted to wrongful tactics when the two could not agree on how to continue with a contractual relationship in which she promoted The Game on social media.

After the show’s stunning success, BET tried to purchase her Facebook page (as well as her Twitter account), but the parties could not agree on a price, Mattocks alleges. Fearing that the company would try to take down the Facebook page, she agreed to operate the page jointly, she says. But BET eventually misrepresented their agreement to Facebook administrators and had it disabled, she contends. She also alleges that BET wrongfully copied portions of her Facebook page on its own Facebook page.

Represented by Alexander Brown, Adam Goldman and Peter Herman of Tripp Scott in the Miami federal court suit, Mattocks has asserted claims for breach of contract, breach of the duty of good faith and fair dealing, tortious interference and copyright infringement. It seeks compensatory and punitive damages and a court order requiring that her Facebook page be restored to her, according to Courthouse News.