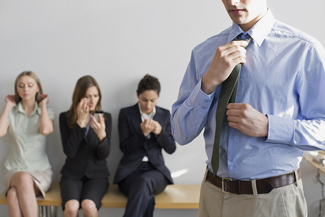 Career opportunities are getting better for some associates.

Lateral hiring is strong for midlevel and senior associates in the areas of corporate, finance and litigation, recruiters tell the Am Law Daily (sub. req.). Other hot areas mentioned by some recruiters include regulatory and health-care compliance, real estate, intellectual property, restructuring, and mergers and acquisitions.

Meanwhile, hiring of newbie associates is also improving, according to the National Association for Law Placement. It found that 95 percent of 2015 summer associates received job offers, compared to just 69 percent in 2009. Fifty-nine percent of law firms reported making more offers for summer 2016 associate positions than they had for summer 2015 positions. And 26 percent of law firms reported making at least one offer before on campus interviews.

NALP executive director James Leipold said in a press release that some law firms may be increasing their hiring because they don’t have enough midlevel associates to do the work coming in. That problem stems in large part from firms’ cutback in entry-level hires during the recession, he said.

Jacquelyn Knight, a partner at legal recruiter Major, Lindsey & Africa, identified another reason for associate vacancies. “There has been a real uptick in the boutiques hiring very well credentialed junior and midlevel associates from the larger firms,” Knight told the Am Law Daily. Some boutiques are matching BigLaw pay, and those that don’t typically pay 15 to 20 percent less than the major firms in their cities, she said.