'Some random guy in Queens' is three-time FantasySCOTUS winner 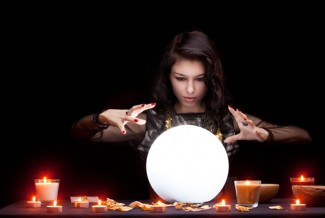 A Queens man who never went to law school is able to predict Supreme Court decisions with such accuracy that he has won a law professor’s FantasySCOTUS game three years in a row.

The FiveThirtyEight Politics blog describes repeat winner Jacob Berlove, 30, as “some random guy in Queens.” He is among thousands of people who competed at FantasySCOTUS, launched by South Texas College of Law professor Josh Blackman.

Berlove correctly predicts case outcomes more than 80 percent of the time, FiveThirtyEight Politics says. He has “a prodigious memory for justices’ past decisions and opinions, and relies heavily on their colloquies in oral arguments,” the story says.

Berlove told the blog that he became interested in the Supreme Court during elementary school and followed his interest when he came across a constitutional law textbook in high school.

“I read through huge chunks of it and I had a great time,” he told FiveThirtyEight. “I learned a lot over that weekend.”

Berlove says Justice Antonin Scalia’s votes are easy to predict based on his comments at oral arguments. Though Justice Clarence Thomas doesn’t speak at arguments, his ideology is helpful when making predictions.

But Justice Anthony M. Kennedy doesn’t offer as many hints in oral arguments. And don’t get Berlove started on the argument performances by Justice Stephen G. Breyer.

“He expresses this deep-seated, what I would argue is a phony humility at oral arguments,” Berlove told the blog. Breyer will say “ ‘No, I really don’t know. This is a difficult question. I have to think about it. It’s very close.’ And then all of sudden he writes the opinion and he makes it seem like it was never a question in the first place. I find that to be very annoying.”

The blog compared Berlove’s predictions with the group prognostications at FantasySCOTUS and with a computer model developed by Blackman and two colleagues. Among the cases heard in October, the group agreed on only one case: Holt v. Hobbs, considering an inmate’s right to grow a beard for religious reasons. All predict the justices will rule for the inmate. Berlove and the crowd predict nine votes for the inmate, while the computer model predicts seven votes for the inmate. (The computer has not yet made predictions for three of the nine cases argued in October.)