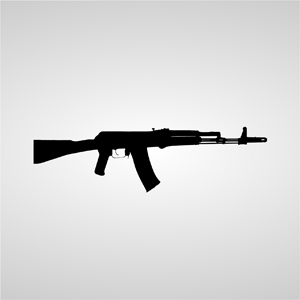 Updated: Some top Republicans in Congress say they are willing to consider restricting “bump stocks” that are used on semi-automatic weapons to accelerate gunfire.

A bump stock was used by Stephen Paddock when he opened fire on a country music festival on Sunday night from his Las Vegas hotel room, killing 58 people and wounding 489, according to Clark County, Nevada, authorities on Wednesday. He was found dead by police of an apparent suicide.

Feinstein has said her daughter planned to attend the country music festival, but changed her mind at the last minute.

Leaders of the National Rifle Association also weighed in with an unusual announcement indicating the group supported additional regulation for bump stocks, report Politico, the Hill and the Washington Post..

In a statement released on Thursday, the leaders said the NRA wanted the Bureau of Alcohol, Tobacco, Firearms and Explosives to review whether bump stocks comply with federal law. The ATF allowed the devices in a 2010 decision.

House Speaker Paul Ryan, R-Wis., and House Judiciary Committee Chairman Robert Goodlatte, R-Va., said Thursday that legislators will consider additional rules for the devices, according to the Washington Post. Republican Rep. Mark Meadows of North Carolina, the chairman of the Freedom Caucus, also agreed that the issue needs another look.

Sen. John Cornyn of Texas, the No. 2 Republican in the Senate, told the Times and Politico that the legality of bump stocks should be examined.

The Times and Politico list several others who are willing to consider restrictions or look into the issue. They include Republican Sens. John Thune of South Dakota, Lindsey Graham of South Carolina, Orrin Hatch of Utah, Marco Rubio of Florida, and Ron Johnson of Wisconsin; as well as Reps. Carlos Curbelo of Florida and Bill Flores of Texas.

White House press secretary Sarah Huckabee Sanders said Thursday that the administration is open to a conversation on the issue of bump stocks.