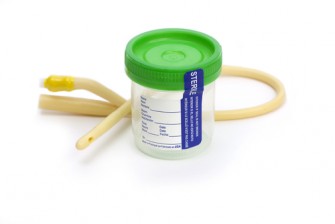 A lawyer who is arguing his client’s Fourth Amendment rights were violated by a forced urine sample is shining a light on the practice by police in South Dakota.

The lawyer for Dirk Landon Sparks is asking a judge to toss the test results used to charge his client with felony drug ingestion, the Argus Leader reports.

The lawyer, Jeremy Lund, argues in a May 16 motion filed in Hughes County that the judge who signed a search warrant for a blood or urine sample didn’t authorize Sparks to be strapped to a hospital bed and a catheter to be forced into his penis.

Lake Andes lawyer Tim Whalen says a couple of his clients had the forced urine samples, which are conducted on a regular basis by health-care workers at hospitals in Wagner and Platte.

“They don’t anesthetize them,” Whalen told the Argus Leader. “There’s a lot of screaming and hollering.”

Attorney General Marty Jackley told the newspaper that several cases support the legality of forced catheterization when there is a signed court order.