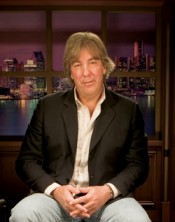 Geoffrey Fieger, whose confrontational style and sharp tongue are matched only by his outsized dollar awards from juries, got what amounts to the biggest verdict of his career today when a federal jury in Detroit acquitted him and a law partner of charges they made $127,000 in illegal political campaign contributions.

Ultimately, one juror told the Associated Press after the verdict, the jury decided that Fieger and partner Ven Johnson did not “knowingly and willfully” violate the law when they asked others in the law firm, including staff, to donate to the John Edwards presidential campaign in 2004 and then reimbursed them. The defense had argued that Fieger and Johnson read the statute and determined that the practice is legal.

Fieger was represented by famed trial lawyer Gerry Spence, who apparently now will always be able to say he’s never lost a criminal trial. During his closing argument last week, attended by a number of lawyers who came in from around the country to hear it, Spence told the jury last week that this would be his last trial, the Detroit News reported.

After the verdict, Fieger, with Spence by his side, spoke before a crowd outside the courthouse. “I hope this will put an end to political prosecutions in the age of Mr. Bush,” Fieger said.

Fieger, in typical fashion, used offense as the best defense. Just before trial, the judge ordered him to stop running television ads that compared the Bush Administration to leaders of Nazi Germany. One ad said, for example: “they came for the communists … the unionists … the Jews, the gypsies and the Catholics … then they came for the lawyers.”

Though Judge Paul Borman tried throughout the trial to rein in several of the defense’s arguments and claims, the one that Fieger was the victim of partisan politics made its way through loud and clear to the jury.

The prosecutor, Assistant U.S. Attorney Lynn Helland, told the Detroit Free Press after the verdict that he was disappointed but thanked the jury for its hard work.

The straw-donor law invoked against Fieger has been around since 1972, though Congress upped the ante and made it a felony as part of the Bipartisan Campaign Reform Act of 2002, known as the McCain-Feingold Act. In all these years there has been but one jury verdict concerning the law, before it was a felony, and it was for acquittal. (There have been several plea agreements in recent years.)

Thus no court has crafted an opinion concerning the law itself, according to some of the few experts in this narrow slice of election law.

Spence told the jury that the government tried to use snippets of law to go after Fieger, a prominent plaintiffs lawyer and former Democratic candidate for governor in Michigan, for political purposes. The campaign finance law (2 U.S.C. § 441f) says:

The defense argued that the law, as worded, does not prohibit reimbursing people who make contributions.

The government’s case was hurt repeatedly during its presentation of testimony and evidence when several witnesses in succession, all of whom were granted immunity for their testimony, helped more than hurt Fieger and Johnson.

For example, Jeffrey Danzig, a lawyer in Fieger’s firm, testified that he previously worked for 18 years in another law firm that reimbursed him for making political contributions, the Detroit Free Press reported last month.

Fieger and Johnson had both faced the professional equivalent of capital punishment: loss of law license.

The jury deliberated 18 hours over four days before acquitting them of all charges, the News reported.