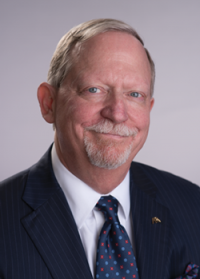 Ensuring that the judiciary is able to act fairly and impartially without fear of reprisal has been a matter of great public concern since America’s founding.

The American Bar Association is and must continue to be a strong, national voice in defense of fair courts, independent judges, and separation of powers. But state and local bar associations are just as important.

For every tweet attacking a federal judge, there are countless more attacks on state court judges. These attacks include untrue or misleading judicial campaign ads; statements by local politicians and community leaders criticizing judges for how they decide cases without understanding the facts and the law; state lawmakers threatening impeachment of judges, and more. Attacks on federal judges, from whatever jurisdiction, should also be of concern to state and local bar associations because they erode public confidence in the judiciary.

When judges are unfairly attacked, state and local bar leaders are often the first line of defense. And the ABA is here to help you help your courts.

The ABA has long-standing policy encouraging all state, local, and territorial bar associations to adopt programs enabling timely and effective responses to criticism of judges, including a 1998 Model Program Outline for bar associations to use and adopt. The ABA also offers a pamphlet, “Rapid Response to Unfair and Unjust Criticism of Judges,” which includes specific recommendations for how bar associations should evaluate and respond to criticism of judges. That resource is now being updated to include guidance related to social media and fake news. You can find these resources and more, as well as links to entities within the ABA that can help you, at Protecting Our Judiciary.

By being prepared and having a plan for how to respond to unfair criticisms of judges and the judicial system, bar associations can play a vital role in educating the public and protecting fair courts. To be prepared, an effective plan must include a way to evaluate if a criticism or attack is unjustified. If the criticism is unjustified, typically because it materially misstates facts or misleads the public about the role of the judicial system, the judge, or the legal process, a bar association should have a procedure in place to determine if a response is necessary and what response would be most effective.

If the bar association decides it should respond, it must do so within the same news cycle, use the same media outlet or platform as that used in the attack (and possibly others), and respond using clear and consistent messaging that educates the public without repeating the unjust criticism or appearing self-serving. Responding promptly has become more challenging as the “news cycle” has accelerated to the point that it is ongoing and nearly instantaneous. Responding via the same media outlet (and others that are likely to be effective) has also become harder for many bar leaders to navigate as news is disseminated in new ways with which they may be unfamiliar.

Bar associations can also provide training and guidance to help judges and candidates for judicial office understand and comply with all applicable rules of conduct. In my home state of Montana, the comments to the Code of Judicial Conduct instruct that “when an independent third party has made false attacks on a candidate’s opponent, the candidate should disavow the attacks, and request the third party to cease and desist.” But a judicial candidate who didn’t encourage or anticipate an attack by a third party may not be prepared for how to respond if such a situation arises. And that’s when prior training will be invaluable, as will the support and assistance of the judge’s state or local bar association.

In some situations, a judge cannot defend himself or herself because it would require commenting on a pending case or could otherwise undermine the impartiality, independence, or integrity of the judiciary. But even when it’s permissible, judges are often hesitant to speak in their own defense because it can appear self-serving and because they prefer to let their decisions speak for themselves. So, it is critically important for lawyers (and other judges) to come to defense of judges who are subject to unfair attacks, and for state and local bar associations to be prepared for how to respond quickly and effectively to protect fair courts for all people.

I hope your bar association never has to figure out how to respond to unfair attacks on judges. But if you do, the ABA has resources that can help you be prepared.

Robert M. Carlson, a shareholder with the Butte, Montana, law firm of Corette Black Carlson & Mickelson, P.C., is president-elect of the American Bar Association and will become president in August 2018. He has served in many national and state bar leadership positions, including as president of the State Bar of Montana from 1993 to 1994.