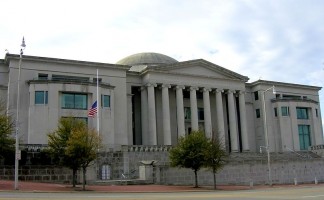 A prosecutor who used peremptory challenges to strike 10 of 11 blacks as potential jurors did not violate the constitutional rights of a capital murder defendant, the Alabama Supreme Court has ruled in a case on remand from the U.S. Supreme Court.

The court on Friday upheld the conviction of death-row inmate Christopher Anthony Floyd, AL.com reports in a story noted by How Appealing. The state high court ruled after the U.S. Supreme Court vacated Floyd’s conviction and ordered the case to be reconsidered in light of its May opinion in Foster v. Chatman, which found that prosecutors in Georgia had violated the constitutional rights of a black man by using peremptory challenges to keep blacks off the jury.

The Alabama prosecutor in Floyd’s case had used the letter “B” to denote potential jurors who were black, as had the Georgia prosecutor in the Supreme Court case. Floyd is white, and his lawyer did not object to the prosecution’s juror strikes at trial. As a result, there was no immediate hearing on whether the prosecutor violated the ban on racial discrimination in jury selection established in Batson v. Kentucky. The hearing was held after a state appeals court raised the Batson issue on direct appeal.

The prosecution in Floyd’s case used its 36 peremptory challenges to remove 10 of 11 black jurors and 12 of 18 female jurors. The only African-American on the jury was an alternate.

In a Batson hearing on remand, the prosecutor said that in capital murder cases he initially relies on a “gut reaction” to rate every potential juror with a plus for good jurors, a minus for bad jurors, or an OK for jurors who are just OK. At the same time he places a “B” next to the names of jurors who are black.

Though the prosecutor says he has found his initial gut reaction to be pretty accurate during his 30 years of experience, he nonetheless adjusts his initial ratings based on the potential jurors’ responses to questions and their demeanor during questioning. The prosecutor also said he considers age, place of employment and apparent physical ability. He seeks jurors who are stable members of the community, who have jobs requiring education and attention to detail, who have past jury experience, and who have rendered a past guilty verdict.

The Alabama Supreme Court ruled after considering supplemental briefs. The state supreme court concluded that Foster does not change its conclusion that there was no unconstitutional discrimination during jury selection, and that a specific black juror’s religious beliefs could affect her ability to judge the defendant.

Floyd “makes the same arguments he made in earlier appellate reviews” and he doesn’t supply sufficient reason to change the Alabama Supreme Court’s earlier judgment upholding the verdict, the court said in its opinion (PDF).

Even though the prosecutor did indicate the race of potential jurors, the state supreme court said, “we simply cannot conclude … that the record in this case evidences a ‘concerted effort to keep black prospective jurors off the jury.’ “