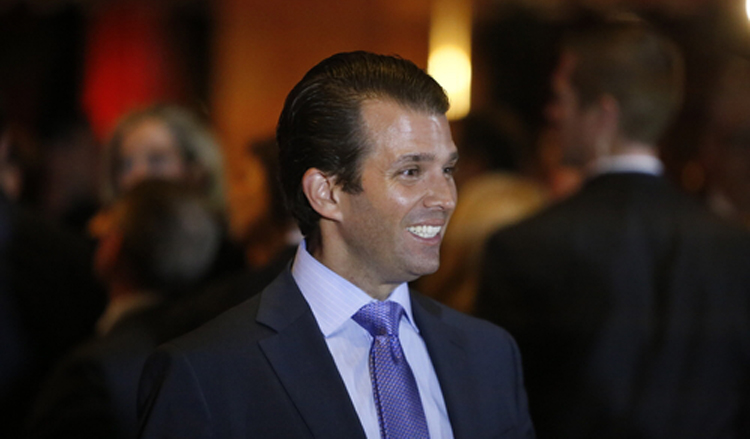 Prosecutors have asked how the statement came together and how much the president was involved in the process, the New York Times reports. Investigators want to question the elder Trump about that topic along with others in an interview that he has said he is eager to attend.

The statement issued on behalf of Donald Trump Jr. said the meeting with the Russian lawyer was primarily about the adoption of Russian children. Trump Jr. later released emails showing he was told he would receive damaging information about Hillary Clinton at the meeting, which was also attended by other campaign officials.

Investigators plan to ask about the topic when they interview Mark Corallo, a former spokesman for the president’s legal team, three anonymous sources tell the Times. According to the sources, Corallo will discuss an alleged conference call with Trump and White House communications director Hope Hicks in which she reportedly said the emails about dirt on Clinton “will never get out.”

Corallo reportedly had concerns after the call that Hicks could be contemplating obstructing justice.

A lawyer for Hicks, Robert Trout, denied the account of the conversation. “She never said that,” he told the Times. “And the idea that Hope Hicks ever suggested that emails or other documents would be concealed or destroyed is completely false.”

The statement issued in Trump Jr.’s name said the meeting with the Russian lawyer was short. “We primarily discussed a program about the adoption of Russian children that was active and popular with American families years ago and was since ended by the Russian government, but it was not a campaign issue at that time and there was no follow up.”

Four sources told the Times that Trump Jr. insisted that the word “primarily” be added to the statement.

Corallo had issued a different statement to the news site, Circa, that said the Russians had “misrepresented who they were and who they worked for” and the meeting could have been set up by Democratic operatives.

Corallo resigned after the incident. The book Fire and Fury by Michael Wolff linked the resignation with Corallo’s obstruction concerns.

The Times reports that some lawyers and witnesses are puzzled about Mueller’s interest in the press statement because lying to the news media is not a crime. Some advisers say Trump should refuse to answer questions about the statement because there are no grounds for investigators to discuss it.