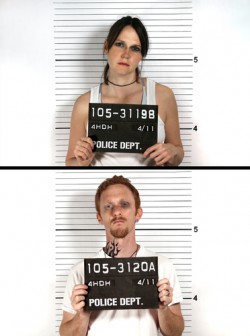 The legislation seeks to impose a $1,000 fine on violators or force them to pay subjects’ damages and attorney fees. Five states already have such a law, Reuters reports, and similar legislation is being considered in 14 other states.

The sites, most of which include the term “mug shot” in their Web addresses, publish booking photos and arrest information, and often will remove both if you pay a fee. Or if you use the services of their advertisers, who claim they can restore individuals’ online reputations.

The California bill was introduced by Jerry Hill, a state senator. According to Reuters, the legislation was inspired by Bob DeBrino, a film producer who was arrested but never charged with driving under the influence of while taking prescription medication. DeBrino has said that he lost business from the posting, according to Reuters, and the websites that posted his picture are demanding thousands of dollars to remove the image, Reuters reports.

Arrest information is available to the public, Reuters notes.That being said, some consider the websites’ actions extortion.

“Under the extortion law, the key is to use the fear of economic harm against somebody to get a benefit. That’s clearly what they’re doing here,” Ron Safer, who formerly headed the criminal division of the U.S. Attorney’s Office in the Northern District of Illinois, previously told the ABA Journal. “The question becomes: ‘Is it wrongful?’ That’s in the eye of the beholder. It gets very close to the line in my view.”