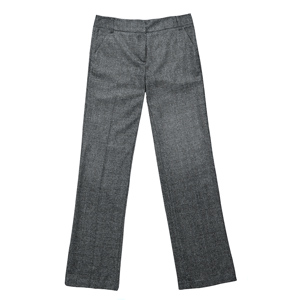 A hearing committee is recommending a stayed 30-day suspension for a former administrative law judge who sued his dry cleaners for $54 million for allegedly losing his pants.

A hearing committee of the D.C. Board on Professional Responsibility recommended (PDF) the stayed suspension for former judge Roy Pearson Jr. based on his claims in the lawsuit, report Law.com and the Legal Profession Blog. The committee said the suspension stay should be conditioned on Pearson successfully completing two years of probation.

Pearson claims that in 2005, the dry cleaners gave him the wrong pair of pants and refused to pay him the $1,150 he sought as compensation. His suit against the cleaners alleged it was violating Washington, D.C.’s consumer protection law by failing to comply with its sign promising “satisfaction guaranteed.” Pearson claimed the promise of guaranteed satisfaction was unconditional.

In his testimony in the dry-cleaner suit, Pearson said “satisfaction guaranteed” meant the dry cleaner would have to pay a customer who demanded $1,000 for a purportedly lost sweater, even if the owners knew they had delivered the correct sweater to the customer.

Pearson also claimed in the lawsuit that a sign promising same-day service meant the cleaners had to provide such service even when it wasn’t requested by the customer. A trial judge tossed the suit and an appeals court affirmed in 2008.

The cleaners closed after Pearson’s lawsuit. Pearson was not reappointed as an administrative law judge. He worked as a solo practitioner and then as a contract lawyer at various law firms.

The committee found that Pearson violated ethics rules by making repeated assertions that had no basis in law or fact and by engaging in conduct that interfered with the administration of justice.

The committee said Pearson could have settled the case against the dry cleaners for at least $12,000, but he chose not to do so.

Pearson “chose to escalate and prolong the run-of-the-mill dispute into a four-year, no-holds barred crusade,” the hearing committee said. “Whether he did so for significant personal gain or to make his mark in consumer law, or both, respondent carried his claim to such an extreme set of answers that no one could reasonably believe that he had even a faint hope of prevailing.”