A group of about 800 union steelworkers in a putative class action are not entitled to compensation for time spent donning and doffing their protective gear, the U.S. Supreme Court ruled on Monday.

The workers say the law was written when employees who changed clothes put on baker’s aprons or waitress uniforms, rather than elaborate protective gear. They argue that items designed for protection aren’t the same thing as clothes, which are worn for decency or comfort. 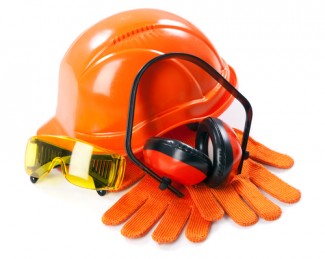 Justice Antonin Scalia disagreed. “We see no basis for the proposition that the unmodified term ‘clothes’ somehow omits protective clothing,” he wrote in the opinion (PDF). He also rejected the workers’ second argument that they are not “changing” clothes when protective gear is worn over other clothing.

Scalia said most of the workers’ protective gear qualified as clothes, and three items did not: safety glasses, earplugs and a respirator. The time spent putting on safety glasses and earplugs, however, should not be compensated, Scalia said, since it is a small portion of the period spent changing into and out of the other gear.

“Just as one can speak of ‘spending the day skiing’ even when less-than-negligible portions of the day are spent having lunch or drinking hot toddies,” Scalia wrote, “so also one can speak of ‘time spent changing clothes and washing’ when the vast preponderance of the period in question is devoted to those activities.”

The opinion was unanimous, save for a footnote. Justice Sonia Sotomayor did not join in Footnote 7 about the construction to be given exemptions in the Fair Labor Standards Act.