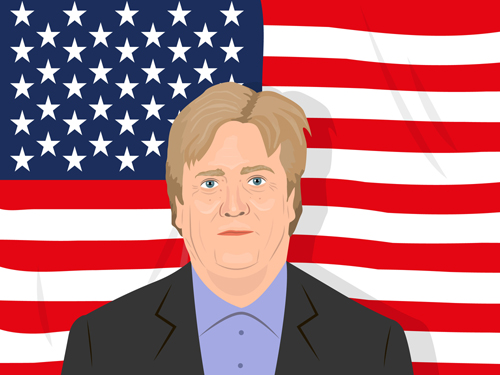 Updated: President Donald Trump’s former chief strategist Stephen Bannon has reportedly been subpoenaed to testify before a grand jury in the special counsel probe of Russian links to the president’s associates.

Bannon is the first onetime member of Trump’s inner circle known to receive a grand jury subpoena in special counsel Robert Mueller’s investigation, the New York Times reports in a story based on a source with direct knowledge of the matter.

The article says the subpoena could be a negotiating tactic, and Bannon may be able to escape a grand jury appearance if he agrees to questioning at the special counsel’s office. “But it was not clear why Mr. Mueller treated Mr. Bannon differently than the dozen administration officials who were interviewed in the final months of last year and were never served with a subpoena,” the article says.

Trump has had a falling out with Bannon as a result of Bannon’s statement in the recently published book Fire and Fury. Bannon had deemed “treasonous” a meeting between a Russian lawyer and Donald Trump Jr., Jared Kushner and then-campaign chairman Paul Manafort. Trump’s lawyers sent a cease-and-desist letter in advance of publication.

Bannon had only secondhand knowledge of two key issues: the drafting of a misleading statement released by the White House after the meeting with a Russian lawyer, and Trump’s firing of FBI director James Comey, according to the Times. But he was involved in the decision to fire national security adviser Michael Flynn, who is reportedly cooperating in the Russia probe after pleading guilty to making false statements to the FBI.

Bannon testified before the House Intelligence Committee on Tuesday, but he reportedly declined to answer questions about his time in the White House or the period after the election, Politico reported. The committee subpoenaed Bannon during the testimony, but he still refused to answer.

U.S. Rep. Adam Schiff, D-Calif., said the White House had ordered Bannon not to answer and “effectively doubled down on the gag rule” after Bannon’s lawyer consulted the White House about the subpoena, the Washington Post reported.

After the New York Times broke the story on the Mueller subpoena, CNN reported that Bannon had reportedly reached a deal with Mueller’s team, and he will be interviewed rather than face a grand jury. A source told the Wall Street Journal that Bannon will “tell all to Mueller.”

The Wall Street Journal source said Bannon believes the special counsel is part of the executive branch, and executive privilege does not apply as it did to the House testimony.

Bannon had hired William Burck of Quinn Emanuel Urquhart & Sullivan to prepare for the House committee testimony, according to the National Law Journal and the Daily Beast.

Updated Jan. 17 to include information on Bannon’s refusal to answer questions before the House committee and Bannon’s reported plans to “tell all.”