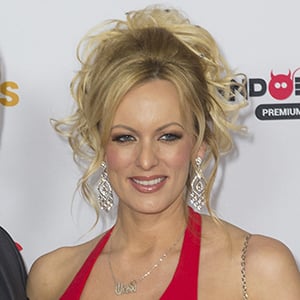 Stormy Daniels’ real name is Stephanie Clifford, but the “hush agreement” referred to her as Peggy Peterson or “PP”, according to the suit, filed in California state court. The agreement referred to Trump as “David Dennison” or “DD.”

Trump didn’t sign the agreement “so he could later, if need be, publicly disavow any knowledge of the hush agreement and Ms. Clifford,” according to the suit seeking a declaratory judgment. The Washington Post and the New York Times have coverage.

Despite the lack of a signature, Daniels received $130,000 under the agreement. Trump’s personal lawyer, Michael Cohen, said last month that he used his own money to pay Daniels, “thus evidencing Mr. Cohen’s apparent position (at least in that context) that no binding agreement was in place,” the suit says.

Even if there were contractual obligations under the agreement, they were breached when Cohen spoke publicly to the media, the suit says.

Daniels also asserts alternate grounds to set aside the contract, including that it is unconscionable, illegal or a violation of public policy.

The suit says Cohen never claimed Clifford did not have an intimate relationship with Trump. “Indeed, were he to make such a statement, it would be patently false,” the suit says.

Cohen’s efforts to intimidate Daniels into silence continued with his initiation of a “bogus arbitration proceedings” against her at the end of February, without giving her notice of the proceeding, the suit says. Cohen obtained a temporary restraining order at that proceeding that barred her from suing and from disclosing confidential information, the New York Times reports.

Daniels’ new lawyer, Michael Avenatti, told the New York Times he did not consider the Feb. 27 order to be valid.

The suit includes a copy of the contract, which requires Daniels to turn over any money derived from disclosure or exploitation of confidential information and to pay $1 million in liquidated damages. Disagreements under the contract are to be resolved by binding confidential arbitration.

The contract appears to be signed by Daniels and by Michael Cohen, representing the company he formed to transfer the money to Daniels, Essential Consultants.

University of Virginia contract law professor George Cohen says the issue is whether the intent was for the contract to be binding only if Trump signed it as a party. If so, the next question is whether Essential Consultants acted as Trump’s agent in signing the contract. (Michael Cohen is no relation to George Cohen.)

Professor Cohen points to provisions in the contract that contemplate that Trump is a necessary party. Section 2.4, for example, says confidentiality provisions are among the agreement’s terms of essence “absent which DD [the initials for Trump alias David Dennison] would not enter into this agreement.”

Another provision of the contract is ambiguous on the issue. The contract says the agreement is between Peggy Peterson (meaning Stormy Daniels) on one side, and EC “and/or David Dennison” on the other side.

Professor Cohen expects Trump to move to dismiss the suit pursuant to the arbitration provision. Trump could also file a counterclaim for breach of contract.

Avenatti commented to the Post in an email. “A Supreme Court justice once said that ‘sunlight is the best disinfectant.’ And we fully intend on bringing as much sunlight to this matter as possible. Let the chips fall where they may,” he said.

Avenatti has ties to Democrats. He previously worked for a political consulting firm run by current Chicago Mayor Rahm Emanuel, who was chief of staff for President Barack Obama.

A “person familiar with the deal” told the Post that the agreement required the signature of Cohen or Trump, but both of them did not have to sign it. The person said Daniels had “buyer’s remorse.”

Updated at 2:20 p.m. to include law professor’s comments. Updated on March 8 to report that the arbitrator had issued an order barring Daniels from filing the lawsuit.