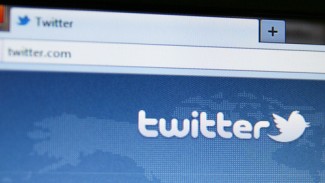 A federal judge in Minneapolis has refused to dismiss a suit by a former high school student that contends his First Amendment rights were violated when his school suspended him for a two-word tweet.

Reid Sagehorn was a 17-year-old senior at Rogers High School in 2014 when he responded to an online query asking if he had “made out” with a teacher at the school.” according to the decision (PDF) by Tunheim. “Actually, yes,” Sagehorn replied in a tweet he later said was intended as a joke. Sagehorn was not at school or in a school activity when he tweeted. (Tunheim says the tweet was “Actually, yes,” while media reports say Sagehorn tweeted, “Actually, yeah.”)

Sagehorn withdrew from school after he was suspended and threatened with expulsion for the rest of the school year. Though he was a minor at the time, Sagehorn’s complaint alleged, Rogers Police Chief Jeffrey Beahan told the news media that Sagehorn’s conduct constituted a crime and he could face felony charges. Sagehorn was not charged with any crime after a review by the Hennepin County Attorney’s office. He later graduated from a different high school.

The Elk River School District had argued Sagehorn’s speech wasn’t protected by the First Amendment because the tweet was obscene. Tunheim said the phrase “make out” is slang with several meanings, including sexual intercourse, but nothing in the online exchange indicates Sagehorn intended the phrase to mean intercourse. The issue is best left to a jury, Tunheim said.

The school district also argued that it could respond to Sagehorn’s tweet because of potential disruption to the school environment and because it was lewd and constituted harassment to the teacher. The school also failed to establish those claims, Tunheim said.

Nor did the school have qualified immunity on the First Amendment claim, Tunheim said.

“School defendants do not get the benefit of the doubt merely because the Supreme Court has not specifically authored a decision on this issue,” he wrote. “The law is sufficiently clear that on facts such as the complaint alleges in this case—a student using personal property to make non-threatening speech off-campus, that in no way impacts or disrupts the school environment—a student would have a clearly established right to free speech.”

Tunheim also allowed a claim against the school district for alleged violation of his 14th Amendment right to due process and against the police chief for alleged defamation.