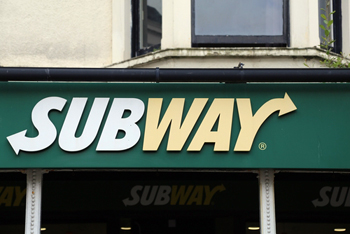 A federal appeals court has tossed an injunctive settlement in nine consolidated lawsuits that contended some Subway sandwiches fell short of the touted foot-long length.

The Chicago-based 7th U.S. Circuit Court of Appeals cited the conclusion of a different federal appeals court to explain its decision: A settlement that provides fees for class counsel but no meaningful relief for the class “is no better than a racket.” The Chicago Tribune and the Milwaukee Journal Sentinel have stories. How Appealing links to additional coverage and last Friday’s decision (PDF).

The settlement had provided for attorney fees of $525,000 and new practices by Subway to help ensure better uniformity in sandwich length, Judge Diane Sykes wrote in her opinion for the panel. Franchisees would use a tool to measure sandwich length, Subway inspectors would spot check bread length and bread ovens, and Subway restaurants would post a disclaimer explaining that some bread rolls are shorter than advertised.

The 10 named plaintiffs would receive an incentive award of $500 each.

Sykes’ name appeared on President Donald Trump’s shortlist of potential Supreme Court nominees, and some believe Trump would choose her if there is another vacancy.

Sykes said that there was no hope of certifying a class for money damages after discovery revealed that most Subway sandwiches were the advertised length, and individual hearings would be needed to identify which purchasers received undersized sandwiches.

“But sandwich measuring by Subway customers had been a fleeting social media meme; most people consumed their sandwiches without first measuring them,” Sykes wrote. “Proof of injury was nigh impossible because no customer whose sandwich roll actually failed to measure up received any less food because of the shortfall.”

Customers, she said, received the same quantity of meat and cheese even when bread size did not measure up.

The problems led class counsel to seek an injunctive class. The settlement, however, left class members no better off because there was still the same small chance that their sandwich would be smaller than advertised. And sandwiches will still contain the same amount of food, Sykes said.

“Here, the procedures required by the settlement do not benefit the class in any meaningful way,” Sykes wrote. “The settlement acknowledges as much when it says that uniformity in bread length is impossible due to the natural variability of the bread-baking process. Contempt as a remedy to enforce a worthless settlement is itself worthless. Zero plus zero equals zero.”

Thomas Zimmerman Jr., one of the plaintiffs’ lawyers, said they would seek release of internal Subway documents that were kept confidential in mediation. “We intend to pursue the cases,” he told the Journal Sentinel.