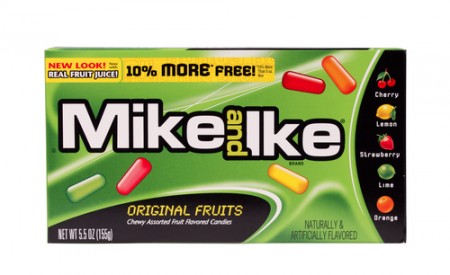 A California woman claims in a lawsuit that the maker of Mike and Ike candies is misleading customers by filling nearly half the box with air rather than candy.

Stephanie Escobar says in her suit that she bought a box of Mike and Ike candy for $4 at a Los Angeles movie theater, and was surprised to find that only 54 percent of the box was filled with candy, TMZ and Money magazine report. The other 46 percent was “slack-fill,” meaning air, she alleged.

“Our products and labels comply with all FDA regulations and provide consumers with the information they need to make informed purchase decisions,” Pye said in a statement.