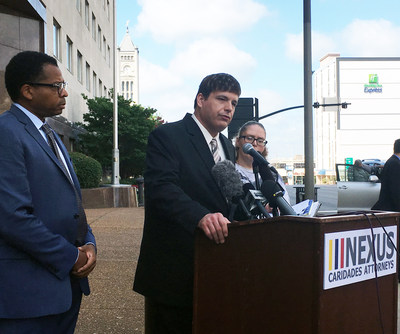 The suit, filed on behalf of a woman who didn’t get the promised 30 days off her jail term, claims the White County program amounted to “eugenics with a twist,” Courthouse News Service reports. The Tennessean and the Associated Press also have stories; a press release is here.

The plaintiff, Christel Ward, wants to get her Nexplanon implant removed, but was told she will have to pay $250 for the procedure. Ward was allowed to sign up for the program even though she didn’t qualify, according to the suit. The suit seeks an order allowing the implant removal for free, a declaration that the program is unconstitutional and punitive damages.

The complaint alleges that White County Sheriff Oddie Shoupe asked Judge Sam Benningfield to issue the standing order offering the sentence reductions. Benningfield issued the order in May and rescinded it July 27 after the American Civil Liberties Union of Tennessee issued a statement condemning the program.

Mario Williams, a lawyer with Nexus, said at a news conference that 35 women and 42 men had signed up for the program. A spokesman for the sheriff declined to comment when contacted by the Tennessean.

Benningfield had previously said he was “trying to help these folks, you know, begin to think about taking responsibility for their life and doing right and giving them a leg up.”