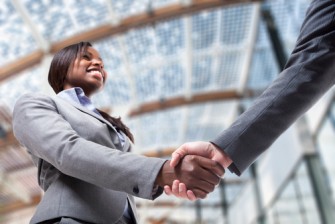 Law firms are increasingly offering jobs to law students they had as summer associates, with 95 percent of those students getting job offers in 2015—compared to just 69 percent in 2009, when the economy was through the floor, the National Law Journal reports, using hiring data from the National Association for Law Placement.

There is more competition for hiring top graduates in part because law school enrollment has been down and thus there are fewer graduates on the market. First-year enrollment has fallen by more than 15,000 over the past five years.

The average size of summer associate programs in 2015 came back to prerecession levels, but firms of more than 700 lawyers have not kept that pace—the median number of summer-associate offers was 20 last fall, compared to 30 in 2007.

Recruiting on campus also increased a bit in 2015, and 36 percent of law schools told NALP they had increases of 5 percent or more in the number of law firms participating in on-campus interviews, while 21 percent reported fewer firms came to recruit.