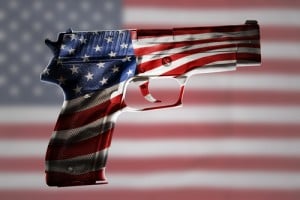 The U.S. Supreme Court on Tuesday agreed to decide the constitutionality of a New York City ordinance that bars its residents from transporting handguns beyond city limits.

The case is the first Second Amendment case the Supreme Court will hear since 2010, report the New York Times, the Washington Post, SCOTUSblog and the Wall Street Journal.

But Supreme Court consideration of Second Amendment rights stalled after those two decisions.

Justice Clarence Thomas complained last February that the Second Amendment is a “disfavored right” in the Supreme Court. He aired his complaint in a dissent from a cert denial in a challenge to California’s 10-day waiting period for gun purchases.

According to the Washington Post, the new case “may signal that the reinforced conservative majority on the court is ready to consider more laws that restrict gun rights.”

A decision in the New York case “could stick to the relatively narrow question of whether the city’s law is constitutional,” SCOTUSblog reports. “Or it might shed light on a broader and more consequential question: whether the right to have a gun extends outside the home.”

The cert petition in the new case contends that the New York City transport ban “is an extreme, unjustified and irrational restriction on Second Amendment rights.” Two other constitutional rights also are violated, according to the petition.

The plaintiffs who challenged the law are three individuals and the New York State Rifle & Pistol Association.