Supreme Court rules for Alaska moose hunter, says he can 'rev up his hovercraft' again 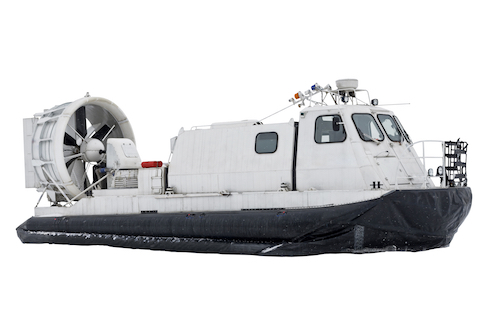 The U.S. Supreme Court ruled Tuesday that the National Park Service did not have the authority to ban use of hovercrafts on Alaska’s Nation River.

The high court ruled on behalf of moose hunter John Sturgeon, who piloted his hovercraft across the river in a national preserve to reach his preferred hunting ground. Park rangers told Sturgeon he couldn’t use hovercrafts on rivers within any federal preserve or park.

Sturgeon had argued that Congress created an “Alaska-specific exception” to the general rule cited by the park rangers. Justice Elena Kagan agreed in her opinion for the court.

The Nation River is not public land that can be regulated by the National Park Service in Alaska, even within the federal park system there, Kagan said. “The park service’s ‘public lands’ argument runs aground,” she wrote.

“That means Sturgeon can again rev up his hovercraft in search of moose,” she wrote.

This is the second time the case has been before the U.S. Supreme Court. In March 2016, the high court disagreed with a federal appeals court’s reason for rejecting Sturgeon’s suit. The Supreme Court returned the case for a new analysis.

In the latest ruling by the Supreme Court, the justices once again overturned a ruling for the federal government by the 9th U.S Circuit Court of Appeals at San Francisco.

The case is Sturgeon v. Frost.