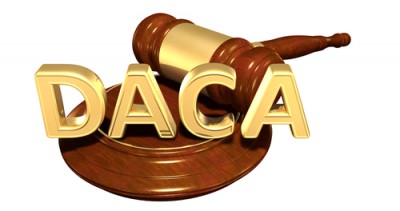 The U.S. Supreme Court agreed Friday to consider challenges to President Donald Trump’s decision to phase out a program that deferred deportation for immigrants brought to the country illegally as children.

The Trump administration announced a winding down of the program known as Deferred Action for Childhood Arrivals in September 2017. Known as DACA, the program deferred deportation and granted work permits to people who were brought to the United States illegally as minors. Immigrants in the program had to have clean criminal records and meet other educational or military service requirements.

President Barack Obama had created DACA. The Trump administration argued that DACA was unlawful because it sanctioned an ongoing violation of federal immigration law.

Days after the administration sought cert, the 9th U.S. Circuit Court of Appeals at San Francisco affirmed an injunction barring the phasing out of DACA. The court said in its November decision that the plaintiffs were likely to succeed on their claim that the decision to end DACA was arbitrary and capricious.

In May, the 4th U.S. Circuit Court of Appeals at Richmond, Virginia, also found that rescission of the program was arbitrary and capricious. The Supreme Court recently denied a request to expedite review of that decision, according to the Washington Post.

The cases before the high court are Department of Homeland Security v. Regents of the University of California, Trump v. NAACP and McAleenan v. Vidal. The SCOTUSblog case pages are here, here and here.

The cert petitions had been under consideration for months. SCOTUSblog speculated that the court wanted to hold off until after decisions on administrative law cases, such as the case challenging the decision to add a citizenship question to the census. On Thursday, the Supreme Court upheld a judge’s decision to ask the Commerce Department to provide a better explanation for its decision to add the question.