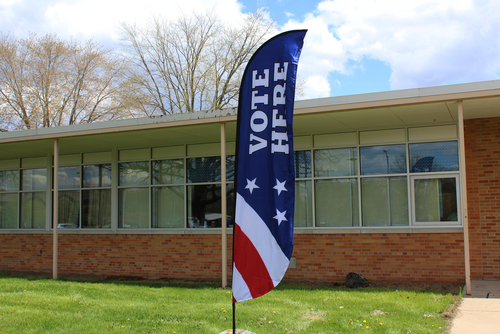 The U.S. Supreme Court on Monday agreed to review a Minnesota law that bans political badges and other political insignia at polling places.

The challengers had claimed the law interfered with their free speech rights to wear tea party logos and slogans at polling places, report Reuters and Bloomberg News.

Though the U.S. Supreme Court has permitted campaign-free zones at polling places, it has never endorsed a ban on all political speech, the Minnesota Voters Alliance asserts in its cert petition (PDF).

The executive director of the alliance, Andrew Cilek, was temporarily barred from voting because he was wearing a “Don’t Tread on Me” T-shirt with a small tea party logo and because he was wearing a button reading “Please ID Me.” The button was a reference to a campaign for a photo ID law, and it included the website and phone number of a group called Election Integrity Watch.

The St. Louis-based 8th U.S. Circuit Court of Appeals had affirmed dismissal of the challenge in a February opinion (PDF). The court said states have a legitimate interest in upholding “peace, order and decorum” at polling places. and the law is viewpoint-neutral.