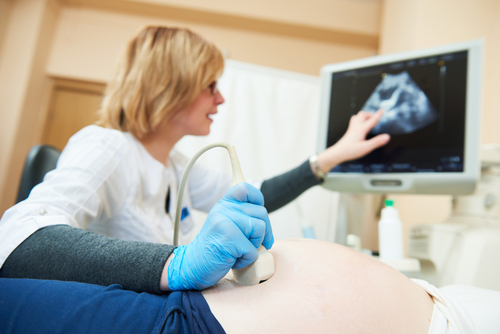 The U.S. Supreme Court on Friday allowed the state of Wisconsin to enforce a fetal protection law that resulted in a pregnant woman being sent to jail.

The Supreme Court order (PDF) lifted an injunction by U.S. District Judge James Peterson of Madison that had halted enforcement of the so-called cocaine-mom law. In his April 28 decision (PDF), Peterson had found the law was void for vagueness, the Milwaukee Journal Sentinel reported on May 1.

The Supreme Court allowed enforcement of the law pending final disposition of an appeal before the Chicago-based 7th U.S. Circuit Court of Appeals, the Associated Press reports. Justices Ruth Bader Ginsburg and Sonia Sotomayor indicated that would have left in place the injunction preventing enforcement of the law.

The Wisconsin law gives courts jurisdiction over an “unborn child” and “expectant mother” when the mother “habitually lacks self-control” in the use of alcohol and drugs “to a severe degree,” creating a substantial risk to the health of the child.

Tamara Loertscher, the woman who challenged the law, went to a county human services department when she suspected she might be pregnant. County officials sent Loertscher to a hospital emergency room, where a urine test showed past use of marijuana and methamphetamine.

Loertscher was voluntarily admitted to the hospital’s behavioral health unit on Aug. 2, 2014, where she admitted she had used the drugs before she knew about her pregnancy.

County officials began an investigation. When Loertscher refused county drug treatment after she was discharged, a judge found her in contempt and sent her to jail. She spent 18 days there in September 2014 until, with the help of a lawyer, she agreed to undergo a drug assessment and comply with recommended treatment and drug testing. Further drug tests were negative and Loertscher gave birth to a healthy boy in January 2015.

The U.S. Supreme Court lifted the injunction in response to a request by Wisconsin Attorney General Brad Schimel.