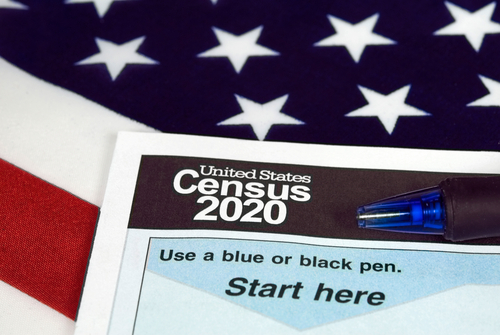 The U.S. Supreme Court on Monday blocked the deposition of Secretary of Commerce Wilbur Ross in two consolidated cases challenging his decision to add a citizenship question to the 2020 census.

Although the Supreme Court blocked Ross’ deposition, it did not stop the deposition of a Department of Justice lawyer, John Gore. The Washington Post, Politico, the Wall Street Journal and the New York Times have coverage.

The Supreme Court’s stay order was unsigned, although Justice Neil Gorsuch wrote a partial dissent that was joined by Justice Clarence Thomas.

According to the Post, the unsigned order “seemed like an attempt by the court to avoid a 5-to-4 split in its first politically significant action since the addition of new Justice Brett M. Kavanaugh.”

Gorsuch’s partial dissent said all discovery that goes beyond the official government record should be stayed. Gorsuch said it was “highly unusual” to allow such an inquisition.

U.S. District Judge Jesse Furman of New York City allowed the depositions in two lawsuits seeking to block the citizenship question. One lawsuit was filed by 18 states and several cities. The other was filed by several advocacy groups.

Furman ruled in July that the Constitution’s enumeration clause gives Ross the authority to add a citizenship question to the 2020 census. But there could be an equal protection violation if the decision is motivated by discriminatory reasons. Furman had allowed discovery to explore whether Ross acted in bad faith.

The 2nd U.S. Circuit Court of Appeals at New York had ruled on Oct. 9 that Furman did not abuse his discretion when he ordered Ross’ deposition.

The plaintiffs contend the citizenship question would reduce the head count because many immigrants would refuse to participate. That would produce an undercount in some states that would reduce federal funding they receive and affect congressional representation.

Ross has said he added the citizenship question to help the DOJ enforce voting rights. Ross later acknowledged he had discussed the idea with former White House adviser Steve Bannon.

Gorsuch said Furman plans to have a trial in two weeks to probe Ross’ mental processes.

“This is all highly unusual, to say the least,” Gorsuch wrote. “Leveling an extraordinary claim of bad faith against a coordinate branch of government requires an extraordinary justification. As evidence of bad faith here, the district court cited evidence that Secretary Ross was predisposed to reinstate the citizenship question when he took office; that the Justice Department hadn’t expressed a desire for more detailed citizenship data until the secretary solicited its views; that he overruled the objections of his agency’s career staff; and that he declined to order more testing of the question given its long history. But there’s nothing unusual about a new cabinet secretary coming to office inclined to favor a different policy direction, soliciting support from other agencies to bolster his views, disagreeing with staff, or cutting through red tape.

“Of course, some people may disagree with the policy and process. But until now, at least, this much has never been thought enough to justify a claim of bad faith and launch an inquisition into a cabinet secretary’s motive.”