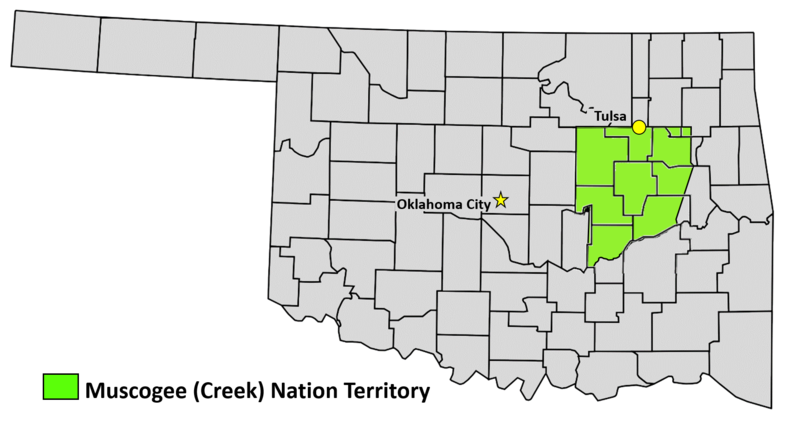 The U.S. Supreme Court on Tuesday considered a death-row inmate’s claim that he was wrongly convicted in state court because the murder he committed happened on land in East Central Oklahoma that was set aside as an American Indian reservation.

A lawyer for inmate Patrick Murphy, Ian Gershengorn, argued the land had been set aside as a reservation for the Muscogee (Creek) Nation in an 1866 treaty. Because Murphy is a member of the tribe and the murder happened on reservation land, he should have been tried in federal rather than state court, Gershengorn argued. The New York Times, Courthouse News Service, the Wall Street Journal and the Oklahoman covered the arguments, while How Appealing links to additional coverage.

Arguing for the state, Lisa Blatt said Congress had long ago diminished the tribe’s authority by ending tribal sovereignty over the land to create Oklahoma. Tribal courts and tribal taxes were abolished, she said. “Every piece of paper, record, book, dollar bill or coin or property, their buildings, their furniture, their desks—everything was taken away from the tribes,” she told the court.

A ruling for Murphy could mean that “155 murderers, 113 rapists and over 200 felons who committed crimes against children” would have to be retried, Blatt said.

Several justices raised questions about the impact of a ruling for Murphy. “There are 1.8 million people living in this area,” said Justice Stephen G. Breyer. “They have built their lives not necessarily on criminal law but on municipal regulations, property law, dog-related law, thousands of details. And now, if we say really this land, if that’s the holding, belongs to the tribe, what happens to all those people? What happens to all those laws?”

Justice Brett M. Kavanaugh questioned whether it was a good idea to create “a great deal of turmoil” by ruling the reservation continues to exist. “Why shouldn’t the historical practice, the contemporaneous understanding, the 100 years, all the practical implications say leave well enough alone here?” he asked.

Justice Neil M. Gorsuch didn’t participate in the case, which was previously before the 10th U.S. Circuit Court of Appeals at Denver where he had sat as a judge. The 10th Circuit had ruled for Murphy.

The case is Carpenter v. Murphy.

ABAJournal.com: “How a rural murder case could return nearly half the state of Oklahoma to tribal control”