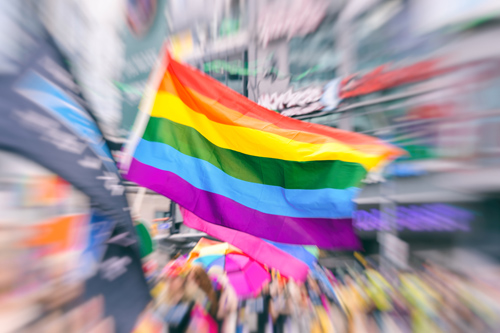 The high court denied certiorari to the plaintiffs in Barber v. Bryant and Campaign for Southern Equality v. Bryant, both of which challenged Mississippi’s Protecting Freedom of Conscience from Government Discrimination Act. The law forbids the state from taking “discriminatory action” against anyone who acts on a belief that marriage should only be recognized as the union of a woman and a man; that a person’s sex is determined by anatomy; or that sex should only occur during marriage.

A federal district judge had struck down the law in response to the two challenges, whose plaintiffs were gay and transgender people, religious leaders, a church and the Campaign for Southern Equality—an advocacy group for LGBT people in the South. They argued that they were affected because the law created a stigma against them and their beliefs, in the same way plaintiffs in a First Amendment case have standing when confronted with a religious display. The First Amendment’s establishment clause was one basis for the Mississippi lawsuits; another was equal protection under the Fourteenth Amendment.

But the New Orleans-based 5th U.S. Circuit Court of Appeals reinstated the law, saying none of the plaintiffs had an injury in fact, and therefore they had no standing. Without comment, the Supreme Court declined to further review the case Monday.

The Barber case was brought by Donald Verrilli Jr., a former solicitor general in the Obama administration and founder of the Washington office of Munger, Tolles & Olson, where he’s a partner.

The National Law Journal quoted Masen Davis of Freedom for All Americans, a pro-LGBT group, condemning the high court.

“[House Bill] 1523 fails to honor the tradition of religious freedom in America—instead, it allows people to use religion as a license to discriminate,” Davis said.

The conservative Alliance Defending Freedom, an organization that advocates the right of people to freely live out their faith and had supported Mississippi, issued a statement praising the standing ruling.

“We are pleased that the Supreme Court declined to take up these baseless challenges, which misrepresented the law’s sole purpose of ensuring that Mississippians don’t live in fear of losing their careers or their businesses simply for affirming marriage as a husband-wife union,” senior counsel Kevin Theriot said.

Similar issues are being aired in a higher-profile case that is before the Supreme Court, Masterpiece Cakeshop v. Colorado Civil Rights Commission. (The ABA had filed an amicus brief supporting the state of Colorado.) The court heard oral arguments on that in December.