Supreme Court: In Vitro Twins Conceived After Dad's Death Are Not Entitled to Survivor Benefit 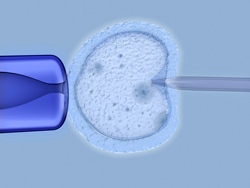 Florida twins conceived through in vitro fertilization after their father’s death are not entitled to Social Security survivor benefits, the U.S. Supreme Court has ruled.

According to the SSA, children are entitled to benefits from a wage earner who dies if they qualify for inheritance under state law. In Florida, a child may not inherit through intestate succession unless conceived while the deceased parent was still alive.

“Tragic circumstances—Robert Capato’s death before he and his wife could raise a family—gave rise to this case,” Ginsburg wrote. “But the law Congress enacted calls for resolution of Karen Capato’s application for child’s insurance benefits by reference to state intestacy law. We cannot replace that reference by creating a uniform federal rule the statute’s text scarcely supports.”