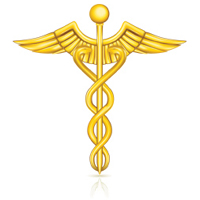 The U.S. Supreme Court has ruled 6-3 that the Affordable Care Act allows subsidies for low-income people who purchase health insurance through federal exchanges.

The majority opinion (PDF) by Chief Justice John G. Roberts is a big win for the Obama administration and the viability of its health-care law.

At issue was a provision of the law allowing subsidies for people participating in exchanges “established by the state.” Challengers had argued the law nixes subsidies in the nearly two dozen states that use federal, rather than state-run, insurance exchanges.

Roberts said the provision should be read in context of the entire law. “Congress passed the Affordable Care Act to improve health insurance markets, not to destroy them,” Roberts wrote.

Justice Antonin Scalia fumed in a dissent that, “We should start calling this law SCOTUScare.”

Roberts’ decision was based on a reading of the law rather than “Chevron deference,” which allows federal agencies to fill in gaps in a statute on the theory that the ambiguity is an implicit delegation of power from Congress. That theory is based on the case Chevron USA v. Natural Resources Defense Council.

If Roberts had ruled the Internal Revenue Service had “Chevron deference” to interpret the law, a future administration could give a different reading to the law.

Roberts said the law was ambiguous, but Chevron deference didn’t apply because the tax credits are among the key reforms of the health law, affecting the price of health insurance for millions of people.

Instead, Roberts said, the ambiguity required an analysis of the broader structure of the law. Reading the law to bar subsidies in states using federal exchanges would likely create “death spirals” in the individual insurance market that the law was designed to avoid, Roberts said. “It is implausible that Congress meant the act to operate in this manner,” he said.

Scalia’s dissent said the majority advanced “argument after feeble argument” in an opinion made up of “interpretive jiggery-pokery.” Scalia’s opinion was joined by Justices Clarence Thomas and Samuel A. Alito Jr.

ABAJournal.com: “Chemerinsky: SCOTUS gets another look at the Affordable Care Act”

ABA Journal: “Although the ACA is 1,000 pages long, its future may depend on a single phrase”